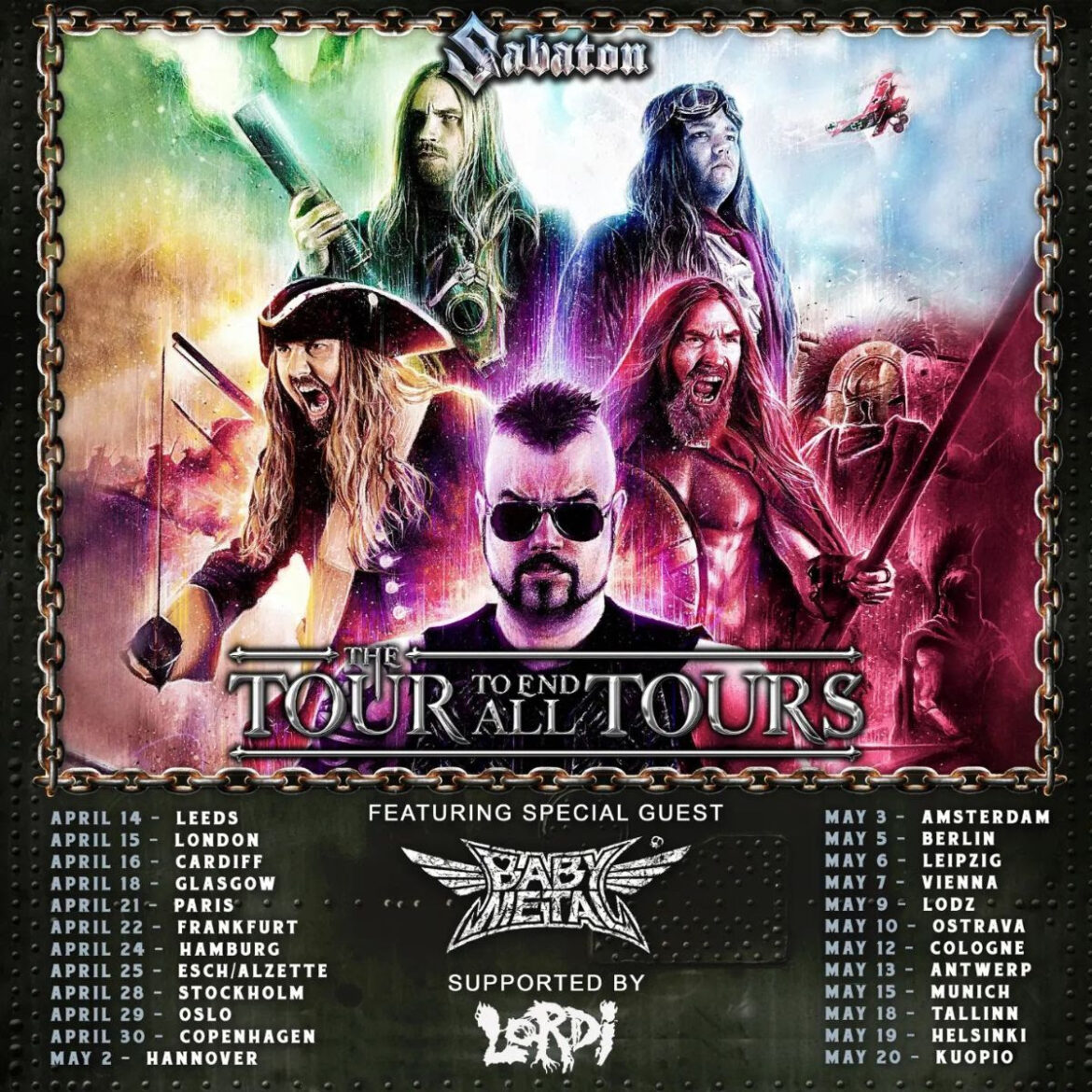 Sabaton are kicking off a month-long European tour with BABYMETAL and LORDI on April 14th of 2023, bringing together Japan, Finland, and their home country of Sweden! The tour begins in the United Kingdom, and hits France, Germany, Luxembourg, Sweden, Norway, Denmark, Netherlands, Austria, Poland, Czech Republic, Estonia, and ends in Finland.

Sabaton released an EP titled Weapons of the Modern Age in September of 2022 through Nuclear Blast Records. Check out their new single and lyric video for Ruina Imperii above!

The band is also about to sail off on The Baltic Queen ship for their Sabaton Cruise on September 14th-16th, where they will be headlining for two nights alongside ELEINE, Battle Beast, Dynazty, Civil War, Wind Rose, Freedom Call, and special guest, Historian Indy Neidell where he will be performing the Great War album in its entirety, you can be prepared for some epic storytelling as well! 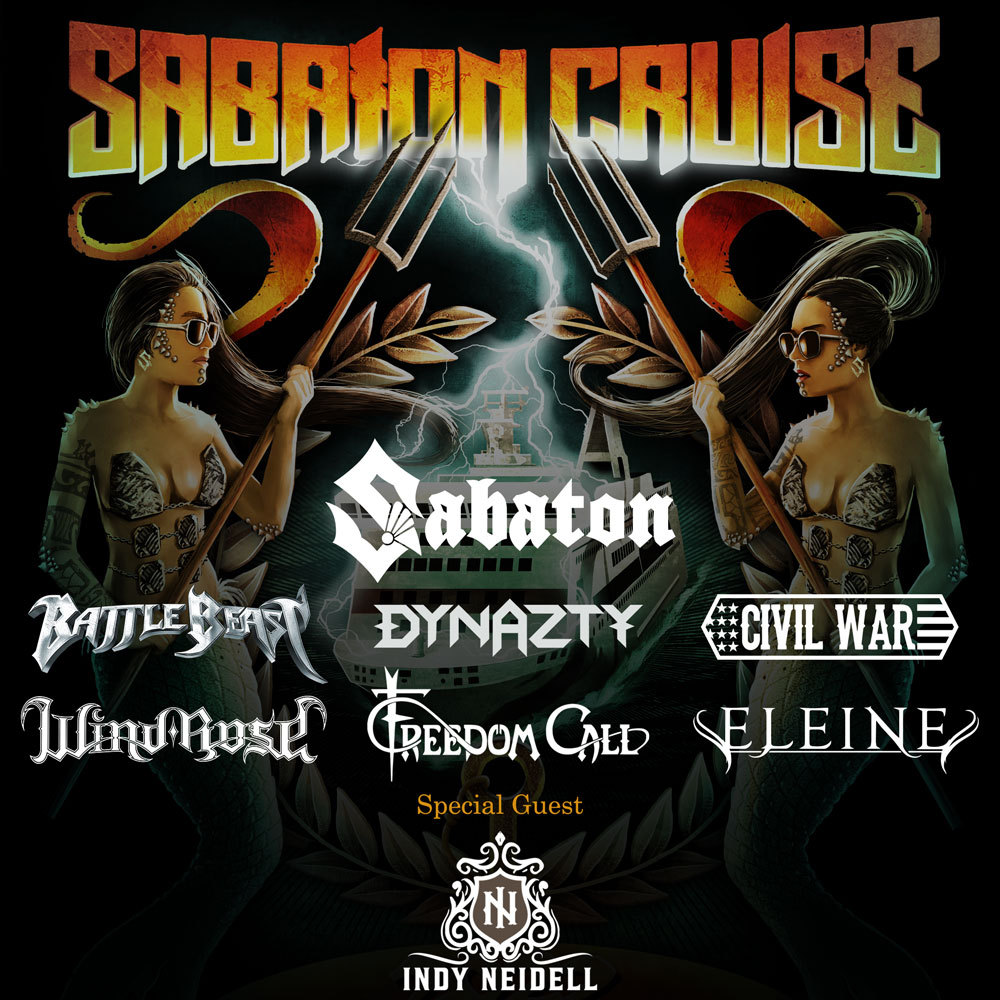 BABYMETAL, who is from Tokyo, Japan, is set to release a brand-new album on March 24 of 2023 titled, The Other One. It is ten tracks in length and is a concept album revealing a new story to BABYMETAL.

“On October 10, 2021, the 10th anniversary year ended, and BABYMETAL’s numerous LEGENDS were sealed. Then, in April 2022, the plan “THE OTHER ONE” was launched to restore the petrified Babymetal through the virtual world “METALVERSE“. It’s another story of BABYMETAL…This is a concept album that restores BABYMETAL’s songs that we didn’t know about. 10 parallel worlds that exist beyond time and space revealed while proceeding with the restoration plan “THE OTHER ONE” to solve the mystery sealed in “THE OTHER ONE – BLACK BOX”, and 10 songs with the theme of each world are now clear!”

You can check out their single & lyric video for their song Monochrome below!

Lordi, who reside in Finland, signed to new label home Atomic Fire Records in November of 2022, they are set to drop a new album sometime in 2023! The band released a new version of their song Hard Rock Hallelujah featuring Burger Lars Dietrich from The Masked Singer! A portion of the proceeds from the track are going to support Ukraine.

Lordi will also be doing a headline show on an off-date during The Tour To End All Tours on May 1st of 2023 in Wroclaw, Poland at Majówka.

They also are going to be appearing at the following festivals later in 2023. Check out the rest of their tour dates!

Dates for The Tour To End All Tours with BABYMETAL, LORDI, and SABATON! Check out their official websites below for tickets!