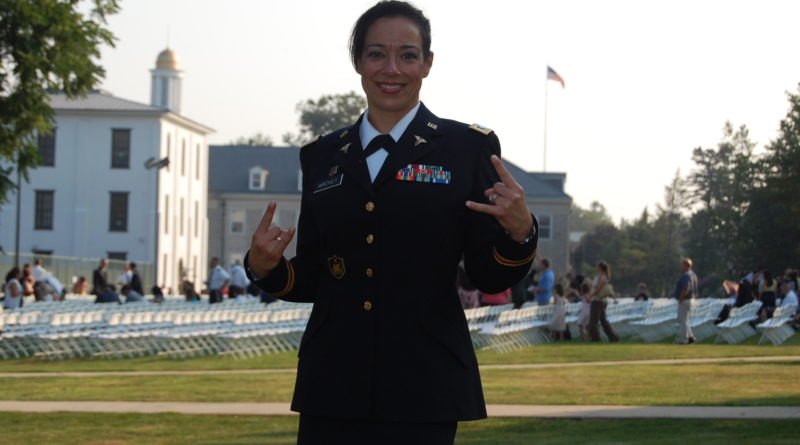 It was 1998 and my unit, the 67th Combat Support Hospital, 30th Medical Brigade, U.S. Army, was getting ready to deploy on a peacekeeping mission to Bosnia/Herzegovina.  I was a Captain and was stoked to go.  Because we were based in Wuerzburg, Germany and in the same “theater”, we were told that we could ship as many boxes as we wanted to our deployment address for free as long as we wrote “MPS” in the upper right hand corner of the box. Cool!  I sent two boxes of cassette tapes.  I had recorded a CD onto each side of those 90-minute TDKs using my trusty “boom box”, which I also brought with me.  Of course, the Walkman came too, in this stretchy holder I wore around my waist so I could listen to my music while I ran.  I thought I was the bomb until a Specialist who lived in the Conex next to mine (yes, we lived in storage containers, two to a Conex, painted blue, that we called “The House of Blues”, on Eagle Base) saw my cassettes and laughed.  He showed me his portable CD player.  I felt a little silly and definitely behind the times. Fast forward to February, 2003.  I was now a Major and attached to the 115th Field Hospital out of Ft. Polk, Louisiana.  We were about to deploy in support of Operation Enduring Freedom.  Operation Iraqi Freedom hadn’t kicked off yet.  This time I had I had the “running” CD player, in its own stretchy waist holder thingy, and an album full of CDs to take with me.  Took up much less space than two boxes of cassettes.  I once again thought I was the sh*t…until a Lieutenant in the barracks room next door showed me his digital music player.  It was green, about the size of a camera, and he bragged that it held 200 songs.  I just laughed.  I’ll never catch up, I thought.  But truly, all that mattered was that we had our music.  Because we didn’t even realize at the time just how important that was, to every single one of us.

I’ve been a metalhead since I was 15-years old.  I heard Iron Maiden’s “Two Minutes to Midnight” on the radio while living overseas and I was hooked.  It grabbed me in a way that no other music genre did.  When my family returned to the U.S., I found a boyfriend who wore a denim jacket covered with patches of rock and metal bands, and he taught me a lot about the bands he was into.  My first ever metal show was Slayer in 1985.  They played at the iconic L’Amour club in Brooklyn, NY, and all I could think when I saw the crosses on stage slowly turning upside down was, holy crap. OMG.  My parents would flip if they knew where I was right now.  And I was hooked for life. Back to music and my OEF/OIF deployment for a minute.  I am a Registered Dietitian.  I counsel patients on nutrition, help Soldiers lose weight, gain weight, manage diseases with proper diet, and, while deployed, run hospital dining facilities.  I let my Soldiers listen to whatever music they wanted to while they were cooking because it kept their morale up.  Cooking in a field kitchen in the desert is hot and miserable.  Sean Paul was a favorite, and I gotta admit, his hip-hop/Reggae beats were pretty catchy.  My only caveat to my troops was that the music they played had to be “clean” – I had already been “talked to” by the Chief Nurse, a Lieutenant Colonel, who had heard inappropriate words coming from my kitchen.  And then it happened again – the Chief Nurse came at me, crooked finger, pissed off look on his face, saying that he heard the word “Hoe” coming from the mess tent and if he heard anything like that again there would be no more music allowed in my kitchen.  I gathered my cooks and told them what the Chief Nurse had said.  One Specialist, a tall, goofy guy from Jamaica, said with a lopsided grin, “But ma’am, he was saying good things about the Hoe.”  I tried to keep a straight face, but I busted out laughing. Regaining composure, I said, “That’s not the point, and you know it.  I don’t care if she was the best Hoe ever.  Seriously, guys, this is your last warning.”

I listened to Linkin Park’s Hybrid Theory and Meteora TO DEATH when I was deployed.  Chester Bennington’s suicide last July hit me so very hard for this reason.  I associate his music with my wartime experience.  Same with Godsmack’s Faceless – It came out while I was deployed and I bought it at the tiny Post Exchange we had downrange.  Nowadays I listen to much heavier stuff – old school thrash, melodic death metal, metalcore, deathcore and Black metal, but those albums will always hold a special place in my heart.  I recall that when we were deployed, we were so grateful for any artist who came to entertain us.  I would have loved for a rock or metal band to come, but the country band I had never heard of were good and I bought their CD.  Everyone comes out of their tent when a musician or band comes downrange, regardless if you like their “genre.”  Music is powerful, uniting and healing.

Since I retired from active duty in 2014 after 23 years of service, I’ve talked to countless Veterans who have told me how much music has helped them get through a variety of experiences.  I know first-hand that if I don’t listen to “my” music on a regular basis I get antsy.  When you can’t control what life throws at you, from major events to the everyday frustration of road rage, your music is always there for you.  I am delighted to be associated with a great organization such as Guitars 4 Vets, who understands the healing power that music has.  The G4V program is enhancing the lives of warriors suffering with mental, physical and emotional distress.  It has always been my post-retirement dream to connect veterans with musicians who want to help them, and through this wonderful organization, I get work with the two groups I am most passionate about – Veterans and musicians.  I can’t think of a better way to continue to serve.