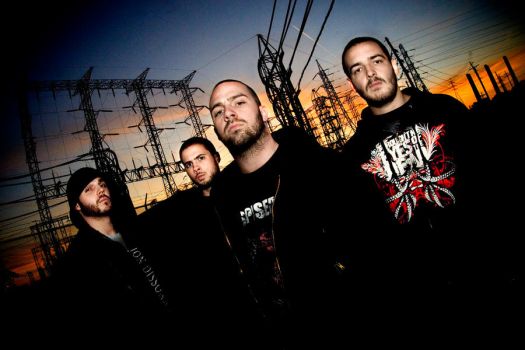 How did you guys come up with the name “Beneath the Massacre”? You guys are a very political band, what inspired you to be that way?

I guess we’ve always been like involved in politics. I think we all grew up listening to punk music. Then some more into metal so I mean I grew up listening to a French-punk band. It’s like everything was political. I mean me and Chris studied social science. Actually Chris is now a bachelor. So yeah, we’ve always been interested and we feel like we’re in a world right now with focus for real matters. There are so many bands that speak about not really anything, so it’s kind of boring.

You guys are from Canada, were there any political events going on during the writing process of your first two CDs?

Well there were tons. One that maybe influenced more than others, no I think it’s more like the capitalism system right now. And all the ways of the more and more right wing — more like it’s the New World Order. I have to admit that Canada’s not that bad, I mean it’s far from being perfect.

A lot better than the US?

I hate saying this but in some kind of way yes, and some kind of way no. I mean I still have a lot of respect for the political constitution in the US. But I think you guys have your own fucking constitution which we don’t have after fucking 400 years. It’s kind of weird, but we still have the Queen on our money. But no, there wasn’t like a big event that made me – well I guess in our first EP, I was a lot influenced by the war on Iraq. The way they show stuff on Fox News is ridiculous; I mean you don’t get this kind of shit in Canada. After the news, it makes you believe something. It’s like its force feeding you some stuff. And the song “Profitable Kill Count” was about the War in Iraq.

Have any personal events in your life influenced any of your lyrics?

I would have to say that yes — I’m gonna to be boring on that one. When it comes to too personal, I like letting people guessing about what is really personal and what it – there are too many bands that wreak all the focus on their personal life is. I just take my different life experiences, people I know, some people who have had different experiences; I just express it in different songs. I don’t like it when it’s like “Yeah that song is totally me” you know? I don’t like it. I don’t want people to know what’s going on. But of course I can say like, I come from a working class family. My dad is a fucking, I call it a working class hero. So, I know what it’s like to work all week and having a shitty salary and work for a boss that doesn’t really care about you. Ok yes it’s personal but there are some songs that are even more personal that I just want people guessing. Questions about lyrics are always difficult, especially when it’s not in my language because, you have to think that every time I’m writing a song; I’m used to having small talk in English but not deep conversations. So when I’m writing a song, I have to first think about it and then translate it into English. So that’s why it can sound weird sometimes also.

So, what can your fans expect lyrically and musically on your new CD, Dystopia?

Well lyrically, I just told you. A little less political and different lyrically. Musically, I’d have to say, more complex. Mechanics of Dysfunction was really like straight forward, aggressive, brutal, mean, angry, you know? This one has a different kind of mood in it. The entire album is more like a weird feeling to it, a weird vibe-I like it, I really like it a lot. There is a melancholy vibe too. The opening track, straight up like existential crisis, you know? I mean lyrically and musically it’s just like weird. I’m very stoked about the album, we worked really hard on it!

Dystopia was released October 28, 2008! You can buy it online at: ProstheticRecords.com/BTMsplash.html!

I found “Society’s Disposable Son” to be the one that I most relate to; can you tell me what was in mind when you wrote it?

Well basically the story between Society’s Disposable Son, was that I was reading an article about different stories about different people that basically had the same life style, I mean they went to a government institution and when they fucked up or they did a crime or something like that, they were thrown in jail or some of them were executed, I mean after all it’s like society’s disposable son. They went to our church, they went to our school, they went to the correction department and everything, we’re the ones who brought them, like we’re the ones that raised them because they fucked up because of X reason, that we can’t put a name on the reason. And they just are like disposed, you know. They are in jail or they are walking around on the street fucking asking for change and some shit like that. But, you have to wonder why there are that many kids, that many people, that don’t fit in our society. The answer is that there is something wrong, you know? No, we are not living in a perfect world, and our system is not perfect. Capitalism is far from being perfect. If there is not a place for everyone in this system, it’s because the system failed, like in our song, you know? Yeah, basically I just got through reading an article and I had this name in my head of Society’s Disposable Son. Really it’s like, we’re born, we go to school, you go to high school, and you go to churches and at some point you do something wrong, there should be a reason and instead of searching for that reason, instead you’re looking for why did that guy just do what he did? Maybe he needed money. Maybe his minimum wage wouldn’t pay for everything he needed so he had to rob a corner store or something like that. The bottom line is, instead of asking ourselves why this guy did that, it just went like “fuck you, you’re going to jail”.

When I do shows I realize that most of the people up front, in front of me most of the time are like Society’s Disposable Son, you know? Society’s Disposable son pretty much stands up for our angriness and all of our fucked up feelings inside, it’s caused by something. If we were living in a perfect world, I probably wouldn’t be singing on stage angry every night, I’d have a perfect life and everything. But that’s the thing, I don’t fit anywhere, so where’s my place, I don’t fit anywhere. If by touring everywhere, a lot of people don’t fit anywhere, so something’s up, you know? How does it feel to be touring with Dying Fetus and Necrophagist?

Basically it’s pretty awesome; I mean we’ve been influenced a lot by Dying Fetus, especially like early day Dying Fetus, now that we’re on tour with them, share a stage with them, and hang out with them, it’s kind of weird you know? Last year we played with Behemoth, Dying Fetus, Necrophagist, you know it’s like so many people. Cephalic Carnage and a lot of them became good friends of ours so it’s kind of weird – we were kids listening to their music and now we’re hanging out with them. It’s weird, it’s cool. I really respect Dying Fetus and all of these bands that I have a feeling they brought something to music right now that’s still going on. New school kids just don’t know and they keep on copying what they did.

What is the most memorable city or country that you guys have toured in so far?

I don’t know, I think everyone would have different answer. I’d have to say Montreal, Canada, Toronto, everywhere in Germany — the fans know how to enjoy real music there, you know? Also, Denver, Texas, Georgia, Atlanta, Albuquerque, New Mexico… I don’t know. A lot of places. Wherever. Europe is amazing.

So, what city or country would you most like to tour in that you haven’t?

Japan, New Zealand, Australia, South America, Brazil, Russia, Alaska. But we’re really not a band that focuses on one country. There’s this band that plays like 7 US tours a year. It’s like how the fuck do you do that?! Aren’t you tired of eating Denny’s and McDonald’s? But yeah, Japan…We just like going everywhere.

And last question! Do you guys have any crazy groupie stories? Or fan stories?

Justin got his nipple licked in Seattle, alright. It was this girl who was like 19 or 20 except she couldn’t go into the bar and we weren’t taking out beer or drinking it outside or anything. She was like “oh I want a beer, but I can’t go inside” which is weird for us because our age in Montreal is 18, and you know we were chilling in bars at age 15. So I was like, we can’t have beer? And Justin was pissed off and it was his birthday, so I was like “if you lick Justin’s nipple, I’m giving you a beer.”

Before Summer Slaughter, we were walking in a mall and we stopped at some kind of store that looked like a Hot Topic or anything, and we were just bored. So we bought a huge blow up doll, a blow up doll of a fat chick. Don’t ask me why we bought that. We bought it with the money in the bank, you know this was us being wise business men, and we lost it on tour. So this girl, she was like “so what are you going to do with this?” I’m like “whatever, blah blah blah” I talked to her for a little and was like “Yeah, we’re playing Summer Slaughter tomorrow” she’s like “Really, what band are you?” We’re like “Beneath the Massacre” she’s like “Oh really? My boyfriend listens to you guys.” So we’re like “Ok, so where can we blow up this doll for the full effect?” she said “I think there’s a Kmart or Walmart, just go in there” So we went to Kmart and as we’re blowing up the doll this dude shows up with a CD and a pen and he’s looking at us and is like “uhhh�Beneath the Massacre�?” And we’re blowing up our fake doll, a FAT one! Anyway we signed his CD. He was like “this is awkward, what are you guys doing here?” It was the boyfriend of the girl. So it was pretty funny.

This guy in Kansas made us a mask. He’s very cool dude. I can’t remember his name, but every time we go to Kansas, he’s giving us more artwork, drawings, masks, and everything. He’s always front row head banging with his mask. Way cool.

I really believe that a lot of people like maybe even bigger bands that have a lot of fans. But we have fucking intense fans. People who like Beneath the Massacre, they don’t like it, they LOVE it, they’re crazy about it. I think it’s cool. They want to have sex while listening to it. – YEAH, crazy fan story right there! To be honest, our fans are just fucking awesome! They’re intense. The best fans ever. 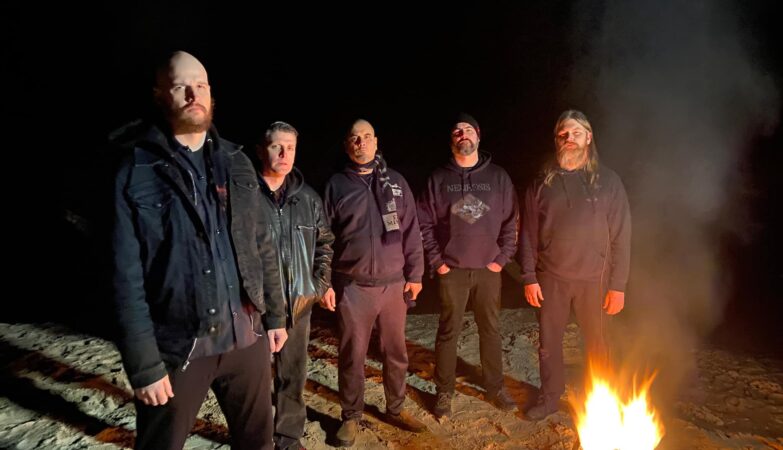 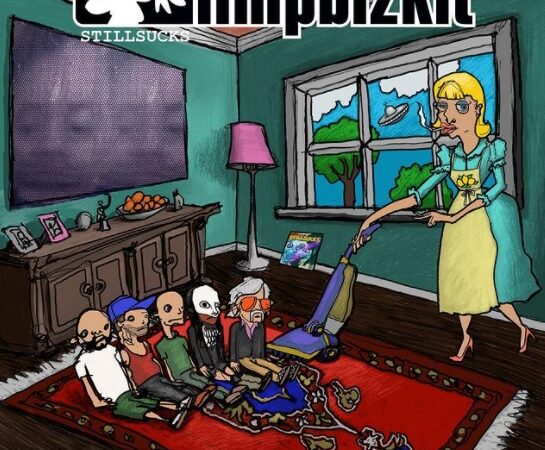 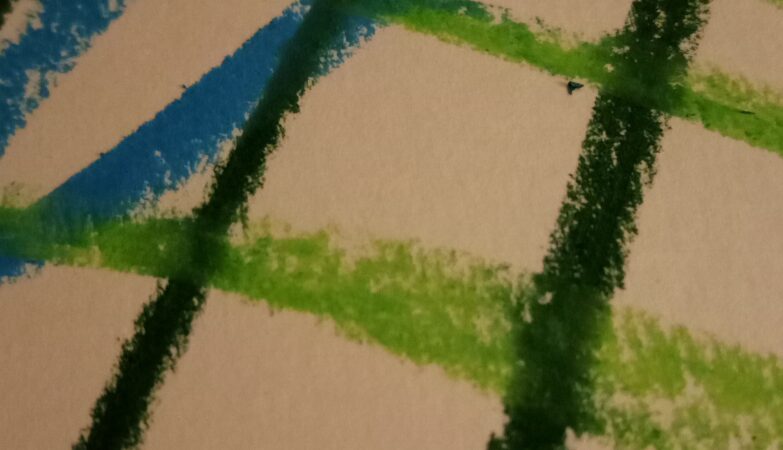