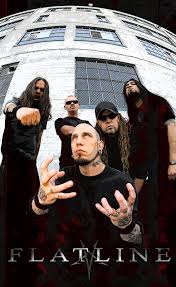 How does it feel to be gaining more and more respect from other well known metal artists as you keep gaining recognition?

It’s totally cool, that’s I guess kind of the goal. (laughs) But, when we get complements or good words from other people who are in the business, who have been around or whatever, it’s awesome.

How has the overall reception been from your fans for your latest album, Pave the Way?

For the most part it’s been great; I mean, everybody seems to like the album a lot. It’s been getting quite a bit of good feedback from people all over the country, out of the country, you know? It’s mostly been like, stuff like “that’s most brutal shit I’ve ever heard!” Things like that. So, it’s pretty cool.

Is that why you think it’s done so well, because it’s brutal and everything?

I guess. I mean, I don’t know. I assume there are a quite of few reasons that it’s done pretty well.

What do you think those reasons are?

I don’t know. I mean, it’s a really good sounding album. And, I think we have some pretty original music in there and people seem to take well to it, the people who like metal, anyway.

If you could have changed or added anything on Pave the Way, what would you have done?

Are you guys going to be working on a new album anytime soon?

Yeah, we’ve been actually starting to write some material for the next album. As far as when that’s going to come out, we’re not sure. It will probably be like, next year, I don’t know. Probably the middle of next year, actually. But yeah, we’ve actually started working on some new stuff. So yeah, there’s some stuff in the works.

Cool. Will there be anything different for your future album than with Pave the Way?

Um, not like significantly. It’s still gonna be, you know, just real straight-up thrash metal, as much as we can make it. Our style changes a bit here and there. As far as the writing process goes, you know a couple guitarists that have a lot of different background and a lot of different influences and a lot of the last album was a written by one guitarist, instead of both of them. So, with both of their ideas and thoughts working together, it turns into different stuff. So, it’ll be just as heavy, if not more heavy than this one. But, it will be mostly the same idea.

You guys did the artwork for Pave the Way, right?

Yeah, our guitarist Randy Weitzel is the one who did all of the artwork.

Will he create the artwork for the next album as well?

I have heard your incredibly fast drumming abilities; how long did it take you to master your speed and overall technique?

I don’t think I have mastered anything yet. (laughs) I think that takes more years and years of practice to master it.

It sounds pretty mastered, to me.

Oh, thanks! (laughs) I appreciate it. I’ve been playing for like, 15 years or something, so I don’t know, I guess it’s taken that long.

Are there any songs from other artists that have inspired or influenced some of your music?

Oh God, there is a thousand songs, I’m sure. (laughs) I mean, we have a pretty wide variety of influences, as far as we’re all concerned. Generally when I’m asked a question like that, I usually refer to SLAYER or PANTERA because those are a couple of my biggest influences. I still wanted a lot of those drum beats (laughs). That’s what I would usually say, is PANTERA and SLAYER; I mean, pick a song, any of them!

So, Suicide Note Part 2 is incorporated into your music?

I guess when you listen to some of those songs and some of those bands enough, eventually you kind of end up playing that same style, like whether you mean to or not. I think, you know, Vinnie Paul, and Dave Lombardo, and Paul Bostaph, and all these drummers from all these awesome metal bands that I grew up listening to; I think I probably played a lot of their same stuff, like whether I even realize it or not.

Name a lyric from any of your songs on Pave the Way that you think people may relate to the most.

You know, I don’t even know any of the lyrics to our songs.

I have no idea what he says in there, I’ve never even read them.

(laughs) No, not really… But, it’s an easy way to get out of the question, I guess! But, I don’t know… There’s a lot of– the song Dying Breed, pretty much the whole idea behind that song is, I think, what some people would relate to. I mean, a lot of it– a lot of Travis’s lyrics are made to be more inspiring and about perseverance, and are all about trying to better yourself and ‘who cares what anyone else thinks of you’ and stuff like that. So, there are a lot of lyrics in there that people can relate to, as far as personal life and stuff like that is concerned. I can’t think of any specific lyric off the top of my head but, I think this song Dying Breed is basically about the metal scene these days and how we’re just kind of trying to get back to like, the root of where metal really evolved from in the old days when you know, the thrash scene– Pantera and Metallica– old-school Metallica — stuff like that. That’s kind of where we’re trying to take it, is to that sort of genre of metal and forgetting all this other crap that’s coming out, you know?

What are your opinions on the L.A. metal scene and which would you say were the best thrash bands that you have seen? The reason I ask is because I lived there earlier this year and saw some cool bands perform but some really bad ones…

Man… I’m not really sure if there are thrash bands in L.A. anymore… I think we’re the only one. (laughs)

I saw Warbringer play, but they’re from Ventura, so that doesn’t really count…

Yeah, it’s kind of local… They’re pretty bad ass for sure. That’s a really tough question because I don’t know. There’s a couple of new bands that are coming out that nobody’s even heard of that are pretty awesome, but I mean like you said most of them suck. (laughs) I mean we haven’t even played around here in so long that it’s been kind of I don’t know… I’ve been kind of out of touch with it, to be honest with you. There is a band called Hits of Atrocities (*I think that’s what he said*) they’re friends of ours. They’re kind of up-and-coming and they’re pretty awesome. They are a great band to see and a great band to play with. I can’t really think of anybody else that comes to mind off the top of my head… I don’t know if that’s bad or not. (laughs) Because, seriously I’m just like wow!

Yeah, when I would go to concerts at the Whisky or the Key Club they’d have probably 10 bands open before the actual show started! And some of the openers made me want to run out of the building!

Yeah, the good ole Whisky…Charges you $5,000 to play, and then they give you 20 minutes for a set, and they put 15 bands on and yeah– I hate that place! (laughs) –Have you heard of the band called Soul Bleed?

Actually, yeah… I think I may have even seen them.

Yeah, those guys are awesome too and those guys are really cool. They are awesome musicians, if you ever get a chance to check them out. I guess you could put that on on my list too. I’ve always– they’ve been around for a little bit, not quite as long as we have played, but we’ve played with them a lot and we’re good friends with them. They’re an awesome band, we’re always scared to play with them because we’re like ‘Oh God now we really have to play well’ and stuff, you know? (laughs)

Are there any tours that you would like to be a part of for 2010?