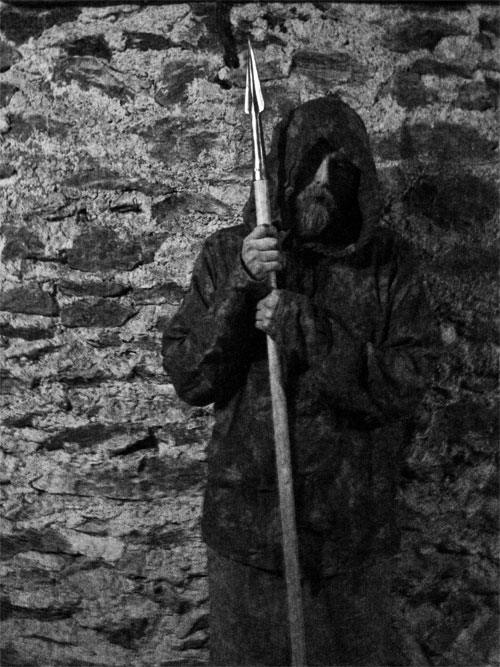 It started out as a revolt and an activity I was engaged in because I had nothing better to do, whilst waiting for WWIII [World War III]… Today it is something I do because it is my profession.

Do you feel your musical journey has been enlightened with Fallen?

A lot of artists are attached to their entire new albums that they create and usually have a special place in their hearts for a certain part or song of the album. What would you say is the most special song to you on Fallen and why?

Well, I don’t think I am fixed in one position, so to speak, and I have no permanent favorite. One day I prefer one track, and another day another one. I guess we can say I most often prefer Jeg faller (I am falling) though. Why? It’s probably the best track on the album…

With the evolution of BURZUM being a “one-man-band” – would you say that Fallen really captures the energy that you want BURZUM to be about in the beginning? Or is the energy far different from what you ever thought it would be?

It is exactly what I wanted it to be.

In the beginning, how did you envision BURZUM to be? And how has the way you initially thought and wanted it to be changed into to what it has become now?

Answering these questions would require more from me than any interviewer can expect, so I will simply refer to my articles on burzum.org. You can read what I have to say about this there. In English or Russian.

When you write, how do you make your music dynamic and full of “life”? How do you create and bring movement of the music and imagery into Burzum?

What is it inside of you that makes you truly feel like your songs are ready to be recorded?

If I can put a rehearsal of a track on loop and not grow tired of it after listening to the loop a few hours or so, several days in a row… What about with Fallen, how did you feel the songs were complete and ready to be recorded?

No, the cover art is not linked to any one song in particular. The painting shows us Èlègie, and this fits the theme of the album perfectly.

How would you say your music you’ve created has impacted you as a person and also as an artist?

Well, the music comes from me and not the other way around, so I’d say in no way. Positive feedback from others who like the music is more important in this context, and has been very inspiring to me as a musician

If you’d like to share, what would be the most important transition you’ve gone through musically since BURZUM’s first release?

There are so many bands in this world that all sound a lot alike and have no distinctive qualities. But there are very few artists that you can actually decipher between them. What distinct qualities do you believe makes people instantly know that BURZUM is BURZUM?

Well, it’s all made by the same man, the same way. I am still me, and has always been…

Whatever the listener is searching for. And how do you go about writing and creating melodies to create such sensations?

By trying to make good music, that will be appreciated by others than myself as well.

Even when you were limited with instruments of how you’d create music, do you feel that those certain two BURZUM albums felt complete or ever feel as if something was missing? I know as an artist, you continually grow and learn more & more every day, so looking back, do you ever feel there was anything missing on either of the two albums? And knowing what you do now, what would you have changed or added to the albums?

The two ambient albums were “ad hoc” [for this] albums, but they are fine as they are. I like in particular it that there is no vocals; I was truly silenced at the time, by the media, by prison censorship and by the vast quantity of lies of my enemies. It is very fitting in a larger picture.

In general, with the knowledge and experience you’ve gained over the 20+ years as a musician, what did you apply to Fallen musically and lyrically that you’ve learned? And for the next album, whenever that will be, what would you want to apply to the music that you feel you didn’t add Fallen, or feel didn’t fit into Fallen, if there was anything at all?

I added only more patience and maturity into “Fallen“, compared to the older albums, and with a future album I will add more spite and even less conformity.

You are very philosophical in the manner you write and speak through the previous interviews that I’ve read. What is something that has made an impact on you to view the world and humanity in the ways you do?

I am human, ergo [therefore] I think.

Were there any books that you’ve read that have influenced your philosophical nature?

Sure. Classical Greek philosophy, of course, as well as European mythologies, history books, old fairy tales and even etymology and Norse grammar books. Can you share some book titles that you believe people should read to open their minds?

Well, I could recommend Baron Julius Evola’s books, The Golden Bough by Sir James Frazer, Seneca and other Stoics, Epicurus, Plato/Socrates… I don’t think books will ever open anyone’s mind though. Only your mind can open itself.

What do you believe the purpose of music really is on this earth? And what do you truly believe your purpose, in general, is in music, not just metal?

It is a form of entertainment. My purpose? If I have any at all it would be that I entertain others with my music. We – men – need entertainment in order not to fall into despair, because we feel that we have no purpose and wish to forget about this – and that is what entertainment help us do. 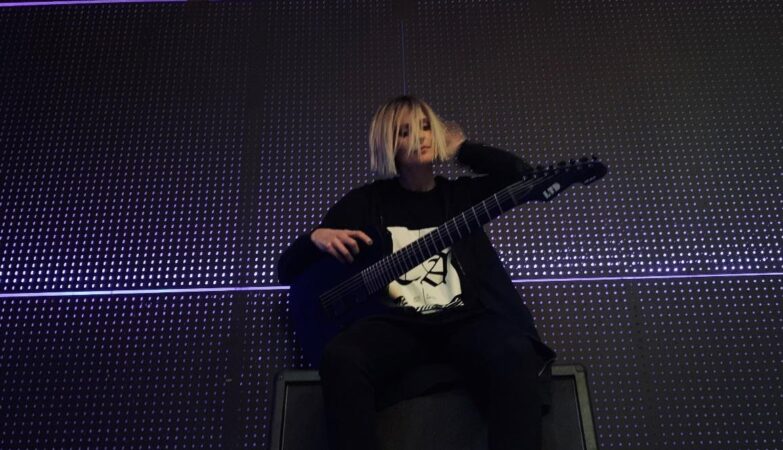 ESJAY JONES OF We Are PIGS CHATS COLLABORATING ON SONGS, PRODUCING NEW ARTISTS, WOMEN IN THE MUSIC INDUSTRY + MORE!