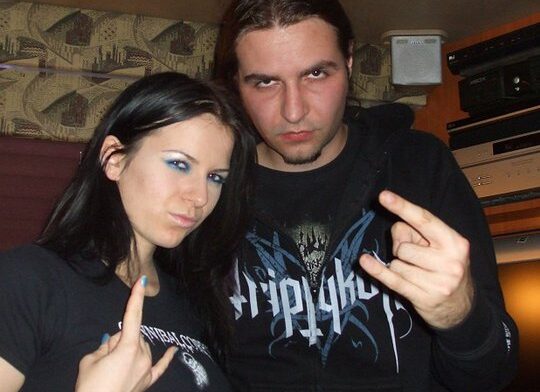 First of all, how is your co-headlining tour with 1349 is going so far?

Well, umm… In a way, very good; in a way, it’s of course difficult. I think we had a couple of really good concerts, a few concerts turned out to be slightly disappointing. I mean, this is our first tour ever in the United States, we are a new band, it’s a new name, of course, Tom Gabriel Warrior is in the band, but nevertheless, it”s not Celtic Frost anymore. We had to give up that brand, of course. And I think many people haven’t realized yet that Celtic Frost is non-existent anymore and that there is a new band called Triptykon. And so, of course, we don’t pull that many people that Celtic Frost would do and that way it’s sometimes a bit hard to be headliner or “co-headliner” because this band is really new and it’s the first tour. So, I think further on the tours will draw more attention and more audience, so this is kind of hard work for us.

Do you think Triptykon has their own fans now, and just not all Celtic Frost fans?

I do believe that we have our own fans, since I believe that the album is very strong, but of course, we are trying to get as much people as possible from the former Celtic Frost fan base.

You guys are getting ready to release an EP, Shattered soon.

An EP, exactly, I think it will be out at the end of October, we are already selling it on the tour right now. And yes, that EP consists of three studio tracks, and two live tracks, and those three studio tracks are actually from the same recording session, like in Eparistera Daimones. The point of why those three songs did not end up on the album is a very simple reason, we conceived around 90 minutes in total and it’s just not possible physically to put on 90 minutes on a CD, so we had to decide which songs work best for the flow of the album and so we left out three songs that are now being released on the EP, but it was always clear for us that we want to release those songs because it’s not– they are not on the album because of any quality reasons or anything that’s just like we put the 9 songs together that we felt best as a whole piece, and now those three songs are going to be released on the Shatter EP and the two live tracks are recorded from our first festival premier, the Roadburn Festival in Tilburg, The Netherlands, and it’s Circle of the Tyrants and Dethroned Emperor, with Nocturnal Culto of DARKTHRONE on vocals, which is awesome!! (laughs)

Are you a huge Darkthrone fan?

Umm. I wouldn’t say huge, but for sure, Darkthrone impress me a lot, especially when I got into extreme metal, I still strongly remember when I heard it the first time, A Blaze in the Northern Sky, actually my older brother, he was into that album, and I was completely fascinated by A

Blaze [In the Northern Sky] because I’ve never heard something like that before and it was so dark and mysterious and cold, you could really feel that in the music, and I was a kid back then. In a way, it was shocking, in a way it was extremely fascinating, and if somebody would’ve told me back then that I would ever perform (laughs) a song with Nocturnal Culto [Darkthrone], I probably would not believe that! (laughs)

But yeah, it was fantastic to play with him, the result on the album, as you can hear, is really amazing.

When do you think you guys are going to release your next full length studio album?

Well, umm… We don’t know yet, it depends of course on many things, our last LP [Esparistera Daimones] was just released in March, and it’s our wish that we keep on working to have a certain rhythm to wait too long on the next album, I think a good point for our next release would be something like two years to the debut release. I’m not sure if we can be that fast, of course we are already starting to get some new ideas, but we would like to release an album lets say, spring 2012. We would already have to start with the recordings next summer. I don’t know if we will– if we are able to do that, but it would be a great thing. I mean, another thing is, of course, touring. In my opinion, it would be a good thing to have more than one tour for that album, and of course, time is limited. So, it all depends on our touring schedules, on our plans we are going to do, but I think we will not wait too long on the next album.

I was reading an interview with Tom [G. Warrior], and he said that all of the album titles have multiple meanings to them, so what is the meaning of Shatter? Or is there a specific meaning?

Well, umm… This is certainly a question Tom [G. Warrior] could answer much better than me, I think. Well, shatter… The meaning of the word shatter is evident. Well, I think it’s a general thing can always interpret lyrics on different levels, or in different ways. I think if there would be one possible interpretation only for a song, it’s not art anymore. That’s kind of the thing about Tom’s lyrics generally and you will find that a lot on, of course, Eparistera Daimones. Actually, I think basically lots of lyrics on the album are based on very personal feelings on, of course, the split of Celtic Frost, and so on. But, I think Shatter is also very personal, very emotional. Yeah, I mean, if you read the lyrics, you could kind of get an idea what the songs is about. It’s more about shattered feelings. (laughs)

How do you feel you connected music-wise when you co-wrote Shatter?

Well, I connect to the EP as much as I did with the album. I connected with the album a lot because it was our band as a work of our effort as a band. Of course, Tom [G. Warrior] is the driving force behind it, there’s no question about that. But nevertheless, we are working all together on all songs in the rehearsal room. We work as a full band on the arrangements and Tom [G. Warrior] and me produced the album together. I actually recorded and mixed it in my studio, so I’m very deeply involved in that EP. And yeah, the point is, shortly before we went on the tour, we were shooting the video for Shatter, that’s online since yesterday. And on that day, I probably heard (laughs) that song like 200 times! (laughs) And so, I probably need some distance from this particular song at the moment! (laughs)

The music that we are creating means as much to me as to Tom [G. Warrior], I think, because it’s part– it became of myself.

Absolutely, that was completely our aim and I think– well, it was inspired, lets say inspired by the aesthetics of old horror movies, 1920’s; old horror movies like Nosferatu; of course it doesn’t look exactly like that and it would be stupid to copy that. What I think is really special about the video is, of course, the colors and the speeds are very slow, there are not so many cuts. It’s very big monolithic pictures, in a way, and very slow and creepy.

Yeah, it was more creepy, in a very abstract way, than the video for Alas the Lord is Upon me by Behemoth.

Yeah, I think Behemoth have their very own style, but I think that video, in my opinion, is totally amazing, and they probably have high budgets! (laughs)

What has been one of the things that has impacted your life the most, ever since you’ve been a musician?

(deep breath) (pauses) There are a couple of things, but probably the strongest impact for me, as a musician. If I talk about my career, it’s of course, being asked by Celtic Frost to join them as their live guitar player. And back then, three-and-a-half years ago, that was (laughs) kind of a surprise that I did not expect! (laughs) And, of course, it was completely amazing!

Everything that followed shortly after that, the European tour with Kreator, the US tour for Type O’ Negative. Those were HUGE highlights of my life and of my career, as a musician. When Celtic Frost split shortly after that, it was a huge disappointment and I was not sure if it would ever happen again, that I could play a US tour with Tom [G. Warrior], or something like that. That way, it’s a great experience to be back in two years, that and being able to do that again.

And of course, musically, especially when you grow up as a teenager, you get to hear lots of different music that has a huge impact on you, and infancies you. And for me, of course, a big influence was that second wave of black metal from Norway, like in the early 90’s, middle 90’s.

How do you feel your energy, when you’re performing, correlates with the crowd?

It’s very different from concert-to-concert and that’s also been really different on the tour so far. I think there were a few concerts where you’d go on stage and you are able to connect instantly, like for example, Pittsburg, Chicago, those were two outstanding shows, in my opinion, where you’d instantly feel feedback from the people, and it’s a great energy. And sometimes, the audience is of course on certain days, more (pauses) “lame” (laughs) because you won’t tell them! And you still, of course, play your show and try to be professional, but of course you have better days and worse days. (laughs)

(laughs) A couple weeks ago, I went to see Warbringer, and Denver did not like them at all! The vocalist, John Kevill, was definitely getting irritated…

Yeah, that can happen. Sometimes you go on stage and the audience are completely quiet and not making any feedback. You go on, raise your hands, make devil horns, and nobody’s replying to that. Then you know, “Ok, this is for sure not being great today!” (laughs) And sometimes you don’t do anything and they’re already screaming, “TRIPTYKON!!!” before you go on stage! And then, it’s pretty easy to get them. (laughs)

Yeah, I think Denver will be good to you guys tonight!

I hope so! I’ve played once in Denver with Celtic Frost before Type O’ [Negative] and that was pretty amazing.

Triptykon is coming out with a box set soon, explain what that will consist of for people who haven’t heard about it yet.

Umm.. The box set, we have a strictly limited box set. Strictly limited to 500 copies, so it’s really a collector’s item. And it looks amazing! (laughs) What can I say more! It’s all on vinyl, of course, and yeah, I think that’s all I can say! (laughs) 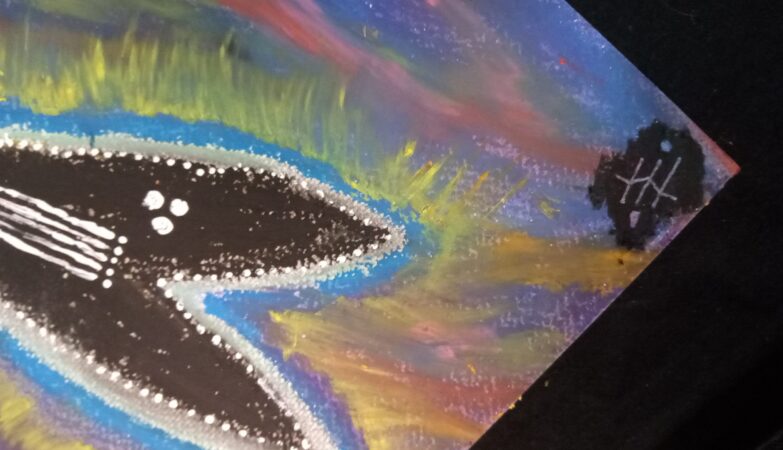 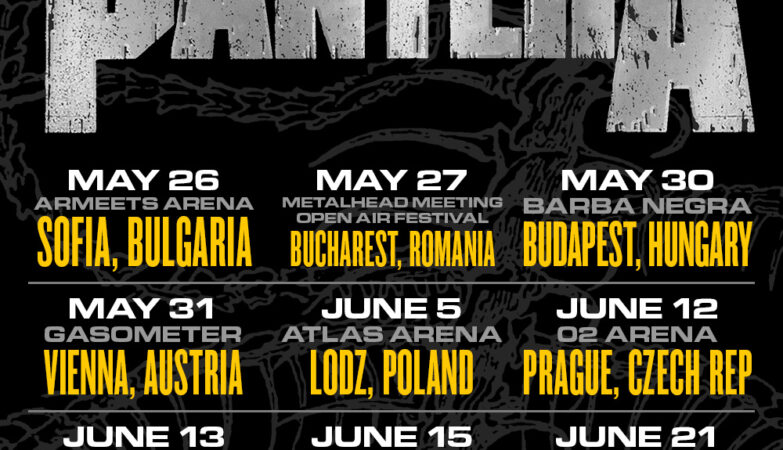 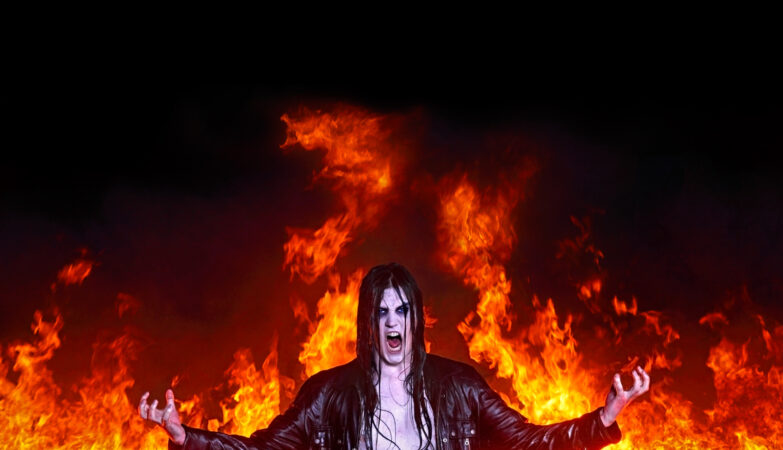 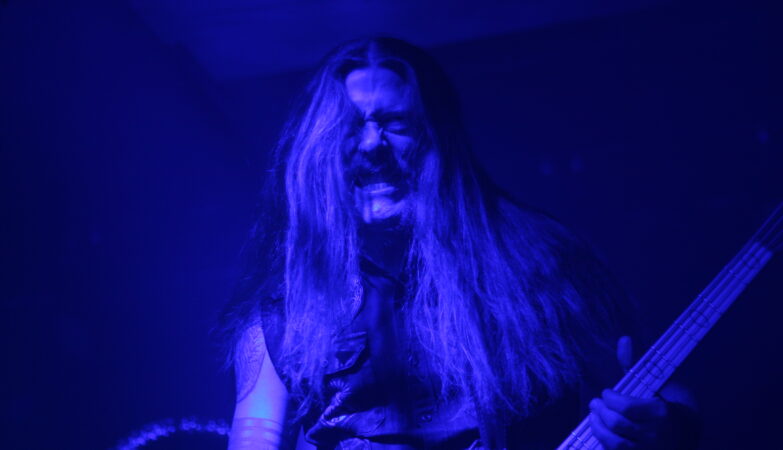