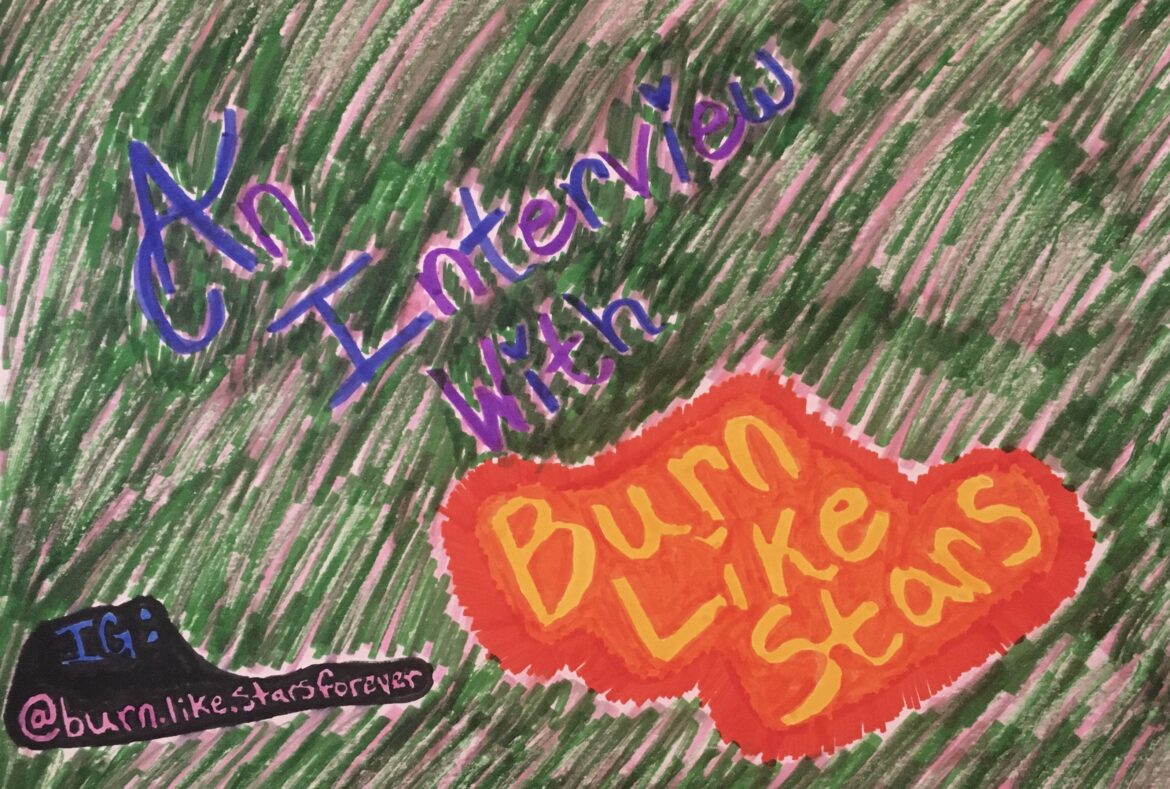 We had a chance to chat with Lloyd Ratalsky of Burn Like Stars!

As the interview opens you hear us chatting about Fred Durst and his Dad Vibes right before getting into the intro and questions.

The Scream Queen(TSQ) started off by talking about the importance of veterans and he mentioned how his grandpa and other family members are veterans so supporting them means a lot to him. He mentioned how veterans seem to have more of a hardened mind because they’re out there doing things that are kind of against human nature and it changes their brains.

Next TSQ brought up his latest release called Hate and asked him what all he can tell us about the meaning behind the track. He told us a story behind where the idea first came from and the things he hates that he started thinking of like old band fall outs or past relationships and it helped him for the song. He wanted to make sure it’s a relatable song because we all hate some of the same things!

TSQ then asks Lloyd what the meaning behind Burn Like Stars is to which he replied that he’s done a lot of thinking to trying a figure out where that name first came from. He explains that he thinks he was dating someone who had a blog and is pretty sure her background said Burn Like Stars and it just stuck with him and he started using it for his usernames and eventually his stage name!

Rainbow Llamacorn(RL) asked about him finding That Space Zebra Show and Lloyd mentioned that he didn’t know about them and that someone had recommended one of his songs for Battle For The Big Stage. Once he found out about SZ he started watching the show and subscribed to them for a while.

He then goes on to talk about his Facebook show that he does with his friend called Local Band Smoke Out. He compared his show to DWPRESENTS twitch shows and said they’re kind of like the big brother or the king of what they’re doing on Twitch and he wants what he and his friend are doing with their show to be at that level but on Facebook rather than twitch. We talk a bit more about That Space Zebra Show and how Producer Jake is a fan of Burn Like Stars!

RL asks how long he’s been playing music and Lloyd mentions how he started playing back when he was a junior and that he wasn’t the best at playing guitar but he joined a group that he believes were called Emo Boys but you can’t find any of the tracks anywhere cause that was back when everyone was still into MySpace.

Next RL asked him if he has a plan for an album. At the time this interview took place he only had 3 songs! Lloyd does planning on making an album eventually but it’s mostly just him working on all his music so it may be a while as it’s a little harder than if he had a full band.

We chose to only include a few things in this article because we believe it’s better to experience the interview for yourself! So if you wanna know more about the questions above and what else we may have talked about including his influences, mental health, Eminem and Limp Bizkit then we suggest watching the interview! It was so much fun and Lloyd is a great person! Can’t wait to hear more of what he brings to the table with Burn Like Stars!

Below is his single Shattered Shell which is an amazing song that’s heavy and has some nu-metal vibes to it! It’s stuck in Rainbow Llamacorn’s head a lot! A true hit!

Thank you so much for taking the time to read this article and watch our interview! We hope you enjoyed it!