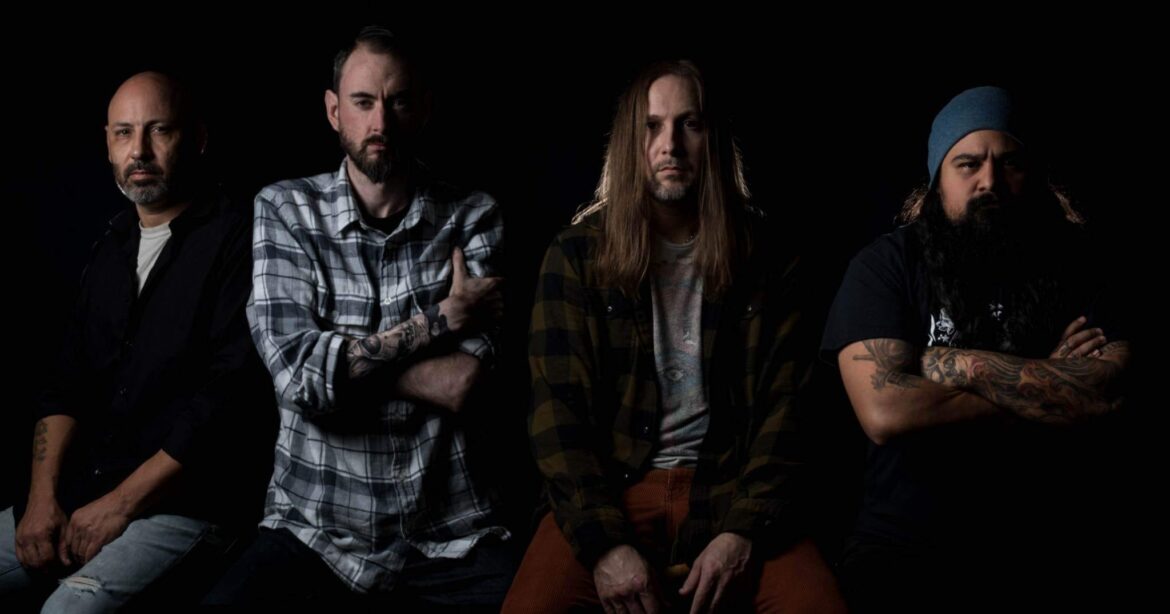 The Dover Brothers are a four-piece dark Psychedelic-Americana-Rock band based out of Houston, Texas. They are comprised of brothers, bassist Joiner and guitarist & vocalist Calvin Dover, drummer Joey ‘Blue’ Gonzalez, and guitarist Johnny Fitzgerald. They released their debut album titled, Floyd’s Fables in September of 2021. The album was mixed by Craig Douglas and mastered by Mike Kalajian.

The brothers are also part of the Housecore Records band, En Minor with vocalist & lyricist Philip H. Anselmo, drummer Jimmy Bower, guitarist Kevin Bond, guitarist Steve Taylor, celloist Steve Bernal, and guitarist Paul Webb. Calvin plays keyboards, while Joiner is the bassist. Blue also is the live drummer for the band. En Minor released their highly anticipated debut album through Housecore Records and Season of Mist in November of 2020 titled, When The Cold Truth Has Worn Its Miserable Welcome Out.

The Dover Brothers are also in the midst of working on a new concept album, titled Fungal Jungle to be released later in 2023, after they release their six song EP earlier next year, of their leftover songs from Floyd’s Fables, titled Scrap. Joiner commented on the next album, “We got all these different things we like to do, with the second album, which we’re working on, you get even more of that stuff. Even broader than what’s on the first album. Yeah, we’re all over the place. It makes sense to us.” 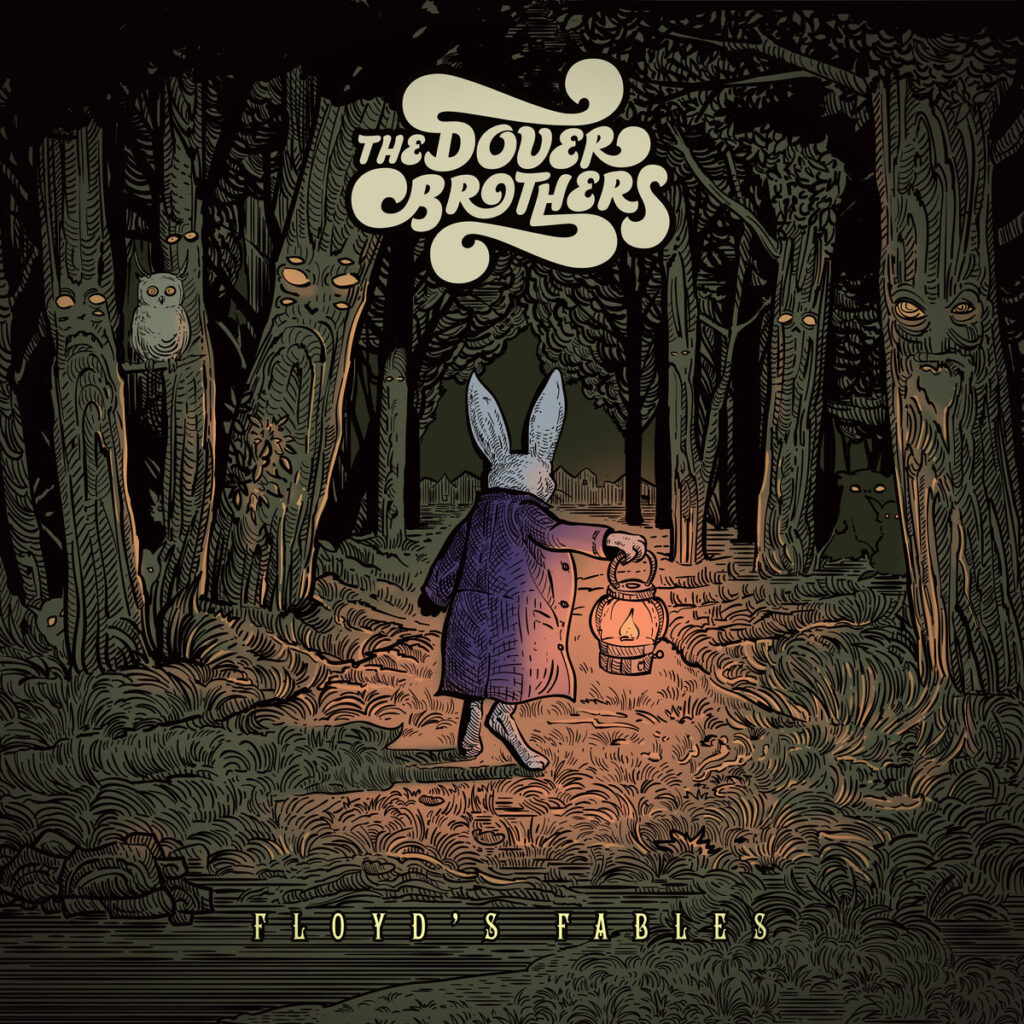 Floyd’s Fables have elements of Swing, Jazz, Rock and Roll, Classic Rock, Metal, Psychedelic, and Americana. The Dover Brothers wanted to bring in different eras of Music with their style. Calvin elaborated, “I think with Rock ‘n Roll, there’s so much that could’ve been covered. Everything seems to gravitate toward Metal these days, in which, there are great Metal bands out there and I Love hearing their new stuff, but I feel like Rock ‘n Roll has been left behind and we’re just trying to pick up where that left off.”

Calvin also enlightened us about the album cover and inside Art for Floyd’s Fables, that was illustrated by Timur Khabirov. The Artwork is a play off of the children’s book, Aesop Fables, “it’s basically, you see all these animals gathered around something. Ours is obviously a little darker because you find the rabbit has been deceased. So basically, the cover of the album, he’s trying to get back….You see a village in the background, and he doesn’t quite make it.”

The Art takes you on a different journey with that dark twist, especially when you look inside of the album see how it all ties together with certain songs, “For example, the first song is Captain Crackers, and you see on the inside, there’s a wanted poster with Captain Crackers on it. The whole inside of the album Art is kind of talking about My Dear, My Plights topic, there’s a killer on the loose taking little souvenirs is part of the lyrics, and basically, you’ve got a killer basically terrorizing the town, bodies are showing up, that sort of thing. Then there’s also stuff like the song, Fly To The Magpie, you can see a magpie perched up somewhere. There’s little bitty hidden things like that in it.”

The band released a video for their single, Captain Crackers that features their friend, Calvin Ficklin, playing the character of Captain Cracker. The song itself starts out with the Swing-Jazz elements between the guitar riffs and bass lines, and then heads into a rhythmic beat throughout the rest of the song as Calvin sings with a hint of a sinister-sounding low voice up until it gets to the chorus where it has more of a Psychedelic-flowing vibe. The guitar solo reels you in with a classic tone that is reminiscent of something you’d hear from the sixty’s era of Rock ‘n Roll, with a modernized spin.

“
Originally, we wanted to do an animated, but we decided to go ahead and shoot more of a live footage looking thing. Basically, Captain’s on this, he’s someone who’s losing their mind in pursuit of something, and so the character, a friend of ours, his name is Calvin Ficklin, he kind of plays someone who is kind of losing it wandering around the band. It was our low-budget we had to work with, but he did a great job,” Calvin Dover said.

The band also released an animated video for their song, The Voodoo Room, which is a song that starts with a heavy bass line is soon followed by the sound of a swanky accordion played by George Whitfield. The vocals are kind of scratchy, as if they were recorded on a vintage microphone from the 1940’s or 50’s. The song tells the story of someone entering The Voodoo Room, in which the video portrays through the lyrics, “We had the story laid out as far as what this person is going through, finding themselves in The Voodoo Room.” It was the same Artist company that did the Artwork for the vinyl and CD’s…There’s another Artist there, she specialized in animation, we basically sent over what the song’s about, where to go with the storyline, they put it together really nicely.”

We then chatted about how there are a lot of undertones of En Minor throughout Floyd’s Fables, “It’s funny, when we were first heard and were invited to play in the project, people had said our stuff before we released it, sounded like — one description was dark psychedelic Americana on some of it. Then when En Minor came out, a lot of folks were saying dark Americana, a lot dark. It was kind of interesting to be presented with a project that we were very well, kind of in the same realm. Completely different song and bands, but could somehow fit in the same category. So, it was cool to be a part of that one too.”

Calvin described being in the room creating and recording the Music of En Minor were a little bit chaotic at times, especially being around eight members of the band, “Most of the work was pretty well put together. Joiner and I got to add bits and pieces here and there. The other material that we did for the livestream. Basically, one of the guys has an idea and everyone kind of jumps in with it and see what happens… It was a very different way to make songs for us because usually we bounce off each other’s ideas in the same keys and sometimes apply to each other’s riff… But En Minor is intense because it’s all at once. And somehow, some really magical things happened doing it that way, just never did that before way.”

When asked what some of the most magical moments of working with En Minor were, Joiner replied, “There’s a lot of stuff with En Minor that nobody’s heard yet. I think most of our, the best we sounded was in rehearsal most of the time, and nobody’s gotten to hear all that. There’s a lot of songs that nobody’s heard too with En Minor. There’s still a lot of stuff there.” He then followed up to say whether or not they’ve been working on new material, “We got a little bit of new stuff we’ve toyed with a little bit. There are also probably two albums worth of material that’s sitting there, that we may or may not ever even look at again. It’s just one of those things.”

Joiner said how exciting it was just to be on stage when they finally played the songs live, “But with clean Music like that, any little mistake is going to be heard by everybody. You’ve got to be as best on top of your game as you can be playing that stuff.” The band has only played a total of three live shows in its existence as a band, two were in front of live audiences, and one was a livestream from 2020 held at The Orpheum in New Orleans with labelmates, Spirit In The Room, opening from another location in Los Angeles. Joiner shared inside details of what happened that day while laughing, “Oh, I was suffering that day. I was terribly sick and throwing up all that morning. I was not enjoying myself that day, at all. But I stuck through it.”

Calvin added how surreal it was being there, “the atmosphere at The Orpheum is something, we walk in and see the room prior to everything being completely finished and ready, and just standing in that room alone was a surreal thing. Another interesting thing with it, was hearing the audio from just the room mics that were up in the balcony. That alone was an interesting mix, because you hear the natural reverb of The Orpheum. It was a pretty cool thing.

Joiner shared details about the process of recording En Minor, after being asked if it was similar to how an orchestra would be composed, “For En Minor, we’d usually start with three people, and would hash some stuff out, and then that evening, everybody would come in. Philip would come in as well, and he’d hear what we came up with for the day, and then everybody else, Bernal, the cello player would jump in, and start adding his parts…And stuff like that. That’s how most of the En Minor stuff was done.”

While recording, it reminded Calvin of how Country songs were put together, “with Country Music, you’d have like the singer sing something, then you’d hear a fiddle and then from the fiddle, takes off the steel guitar, and so you had these parts that kind of breathed back and forth, or talked back and forth rather. Sometimes you’re playing something rather simple, but because you have something over here countering it, there’s a lot of room to create dynamics. Some orchestrated, yes. There were moments to where certain minds got together, and we should harmonize here kind of thing… Back to earlier, there were still some chaotic moments where magic happens because everyone’s playing at the same time, figuring out what could I do to stand out without stepping on each other’s parts. It was a really interesting process.”

When asked what songs had those chaotic moments, Calvin replied, “I would say a lot of the stuff we didn’t release. Basically, certain days, when you’re messing around with new material, it’s just recording the session, listen back to it…And then you hear these parts that are like, we have to do this, gotta do this right here, there are great responses to the song.”

The Dover Brothers are currently putting together a United States tour for April, Joiner added, “I think this is going to be our solo tour. We’ll probably do another one in the Summer. IV And The Strange Band has talked about having us our for a third time this Summer. Just this first one is going to be a solo run. We’re going to hit a lot of places we didn’t on our first solo run and add some more, keep getting bigger.”

Article and interview by Jenna Williams, The Scream Queen